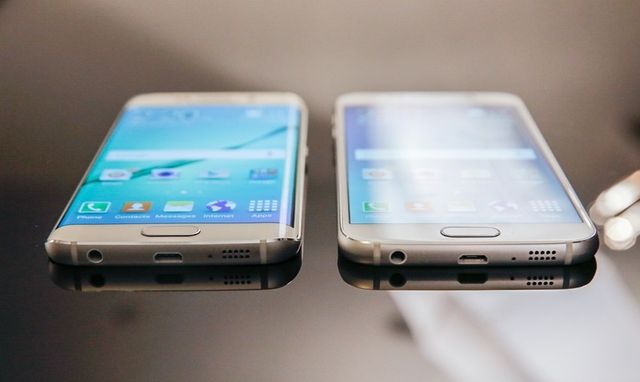 A couple of months ago, the South Korean company Samsung has released its new flagship smartphone Galaxy S6 and S6 Edge. Despite the fact that since it was released a lot of new mobile devices, gadgets from Samsung are still one of the most powerful Android smartphones on the market. However, we should note that smartphones are not from the budget category. If you want to buy Galaxy S6 then you have to collect money a couple of years, or sell part of your body (just kidding).

Today you have a great opportunity to buy unlocked Galaxy S6 32GB on eBay for just $ 399.99. Amazing price that we’ve never seen before. We advise you to hurry, since so many people who want to buy Galaxy S6.

Galaxy S6 is factory unlocked. Also, the smartphone works with all LTE bands of US operator AT&T, so you will not have any problems with the connection services.

If you think that 32GB of internal memory is not enough, then, for we have interesting deal for you. The deal includes another model of flagship smartphone with curved display. You can buy unlocked Samsung Galaxy S6 Edge 128GB Verizon for only $599.99.

You can choose the services of any operator for the unlocked Galaxy S6 Edge. However, Verizon has the best coverage, so we advise you to choose this carrier.

As we have said before, smartphones are one of the best Android phones on the market. Let us recall specifications if you had forgotten. Both smartphones are equipped with Exynos 7420 processor, 3GB of RAM and the best mobile cameras that are available in the market today.

Great deal of unlocked Galaxy S6 and S6 Edge for those who want to change their old phone to a new one, or make a gift for the Christmas holidays.

Buy Chromecast and receive $20 in credits on Google Play Store